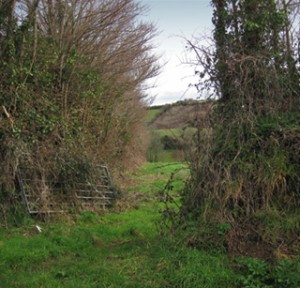 One of the many features that marks the Roseland as an Area of Outstanding Natural Beauty is its Cornish hedges. They criss-cross the landscape, forming field borders, boundaries, and tunnels over our shaded sunken lanes. Often rich in biodiversity, their vegetative colour, pattern and form is constantly changing with the seasons.

Cornish hedges typically comprise an earth bank, faced with locally sourced stone laid according to size and availability. Hedgerow vegetation may form a feature along the top and sides of the bank. Many Cornish hedges have been in place for centuries, making them both ecologically and culturally important to Cornwall and Cornishness. 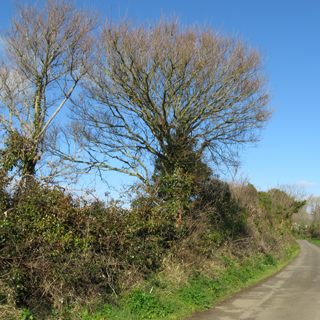 Across the whole county the hedges vary widely, depending on the landscape and geography. In upland and moorland regions the hedges are characteristically bare and unplanted, constructed with large boulders, often of granite. In the Roseland, however, earth banks tend to be faced with small, flat pieces of slate, laid on their edges and often in alternating slanted rows, known as Jack and Jill. The effect of this patterning is pleasing on the eye, but its function is to face the earth bank as solidly as possible before subsequent plant growth covers and completes the infrastructure. Modern hedge constructions tend not to use the Jack and Jill technique, except as a decorative top layer, since larger, more solid stone is easily transported in from further afield. Plant growth remains an important feature of the final structure. 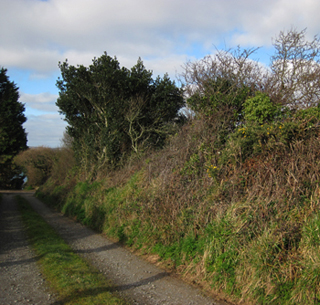 Roseland hedges are typically planted with hedgerows of shrubs, trees and wild flowering plants, but they do vary considerably in the amount of vegetation from place to place. The richer and denser the vegetation, the more solid the hedge structure and the more diverse the animal life that will be found living amongst it. The most biodiverse hedges tend to be bordered by grassy margins, the wider the better. Borders in sheltered lanes, or conservation headlands and buffer strips in arable fields, extend the influence of the hedge’s existence in the local ecology.

One of the most obvious indicators of hedge quality will be the presence (or absence) of farmland bird species, especially the less common. Good hedges with optimal vegatation will be home to a large number of birds throughout the year, including red-listed species such as the Yellowhammer (Emberiza citrinella), Cirl bunting (Emberiza cirlus), Linnet (Carduelis cannabina), and thrushes (Turdus spp.). 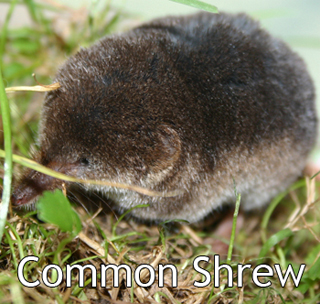 All farmland birds need access to good seasonal food and shelter over the winter as well as summer; they are the first to disappear for good when poor hedge quality undermines their ability to exist. Hedges that support good populations of small mammals such as wood mice (Apodemus sylvaticus), bank voles (Myodes glareolus) and shrews (Sorex & Neomys spp), will attract the higher predators in the food web, including Barn owls (Tyto alba), Kestrels (Falco tinnunculus) and Buzzards (Buteo buteo). A hedge rich in plant life will be attractive to many insect species, helping to support bat populations. 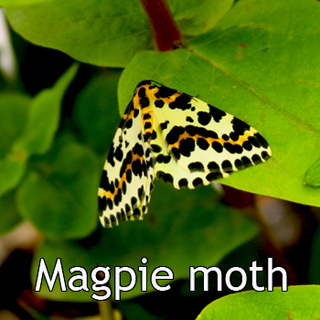 Cornish hedges in their optimum state are complete, mini ecosystems. Appropriate management of our Cornish hedges is therefore vital to maintain the unique biodiversity and character of the Roseland ecology and throughout Cornwall. There are some superb examples of richly biodiverse hedges in many parts of the Roseland. However, there are also examples of hedges that have been poorly managed, exhibiting significant loss of biodiversity and character as a result. The image below shows an example of a track once covered with a rich tunnel of vegetation, where Cirl buntings have been recorded nesting in recent years; most of the hedgerow vegetation has been removed, save for a few ragged hawthorn bushes. With the dense vegetation removed, shelter for many species has been destroyed.

This winter you may have noticed that many of our hedges have been severely flailed, prior to the breeding season. Sensitive, annual trimming back of hedgerows can encourage denser vegetation in the productive months, and allows the freshest wildflower seeds to establish. However, the effects of hard flailing every two years can be devastating. As well as the removal of dense cover for larger animals, resources for plants and small animal organisms may be significantly reduced, leading to local extinction events. As Sarah Carter (2006) describes in her paper Wildlife and the Cornish Hedge,

She posits that flailing also actually alters the nutrient structure of the substrate on which the wild plants grow. The resultant nitrogenous mulch of flailed material falling on the hedge structure enriches the substrate for dominant species, thereby out-competing everything else. Biodiversity is considerably reduced at the plant level, which inevitably has a knock-on effect on the diversity of the animal food-web. The flail may be a useful tool for hedgerow control in general, but its use on the Cornish hedge is destructive. 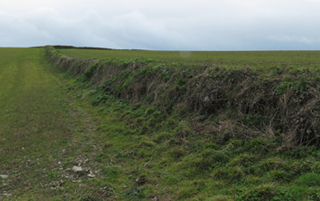 Removal of all hedgerow top growth is another destructive process that has a devastating effect on hedge and hedgerow biodversity. In the Roseland there exist a number of examples of this, particularly where incomer land owners and managers have not understood the importance of managing hedges in a manner that encourages biodiversity (see image, left). Undermining these biological walls of life symbolizes what humans are doing to biodiversity in ecosystems across the world, destroying infrastructure, destroying nature. We are the biggest losers if we allow this to continue.

The public can make a valuable contribution in helping to survey the condition of our hedges, providing information that will guide their improved management. You can do this by carrying out a Hedge (and wall) Importance Test (HIT). The test was devised by Robert Meneer (2005) for public use and at any time of year. It uses a simple, single-sheet survey form and help-note to assess the hedge’s value in the landscape, history and wildlife. Entering the survey details into the online HIT database allows an automatic report to be produced, which anyone can view. Currently there exists just one record for the Roseland. We need many more, as so many of our ancient hedges are under threat from mis-management, leading to severe loss of biodiversity.

The group was formed out of the Cornwall Biodiversity Initiative to bring together all those bodies and individuals with an interest in Cornish Hedges. The Group is co-ordinated by Cornwall Council and the Cornwall Farming and Wildlife Advisory Group (FWAG). It meets about twice a year to discuss current issues. It has published or contributed to a number of papers, publications and technical advice.