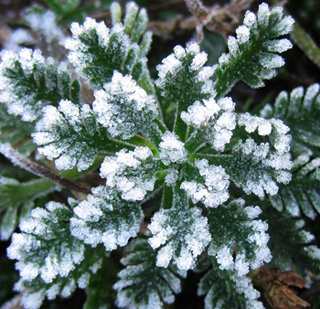 Freezing cold weather at the end of February may not make humans feel like the breeding season is on the doorstep, but for some animals it already is.

Corvid species are already tending early chicks in the nest high up in the treetops, fending off occasional buzzards looking for an easy meal. Other birds, such as sparrows, are already bagging nesting territory. Although the weather has been very cold indeed, it is the lengthening daylight that is triggering the hormones that set in motion the breeding process.

Down on the ground, things are afoot too between the sexes. David Hall wants you to be on the lookout for an iconic species that is little observed: the Brown hare (Lepus europaeus). 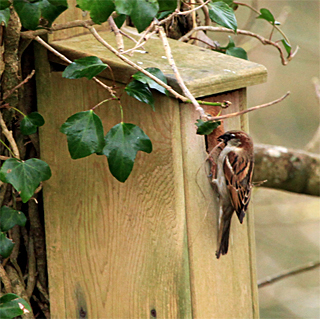 The brown hare is particularly associated with March because of the strange behaviour it exhibits when courting. You may have seen film of a pair “boxing” or even been lucky enough to have witnessed the “stand up on hind legs” fights they have in a local field.

In reality the boxing is how the reluctant female, the “Jill,” wards off the persistent male, “the Jack”. Other bizarre behaviour involves the female running away, often for miles, at high speed, zigzagging, with the male in full pursuit. If he cannot catch her she won’t even be interested in bonding their relationship! I understand that this is our fastest British wild land mammal, capable of speeds of 45mph. 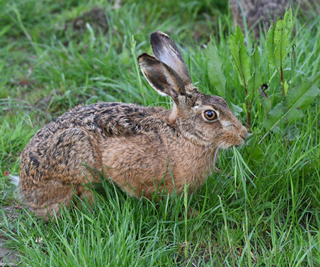 The hare has long legs, both front and back, and long upright black tipped ears. It is usually solitary or in pairs. It does not dig a burrow, but instead makes a “form” in a grassy depression to live in and give birth. The young are called leverets and are fully furred with eyes wide open at birth. They need to be as they are particularly prone to predation by foxes; and some modern farming practices and changes in crop patterns, leave little grass for them to hide their “form”.

They are noted by many as being mystical and have been central to folk cultures as symbols of fertility since Ancient Greece and Egypt, playing their part in literature, fables, mystery, religion and art. 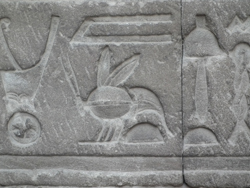 They are listed as a priority species in the UK Biodiversity Action Plan and it is uncommon to see them on the Roseland although some are here in favoured areas. Furthermore they are mainly nocturnal, except in this month when the “mad March Hare” abandons all for mating rituals.

I (David Hall) would be grateful if you could let me know of any sightings you have as Wild Roseland builds up records of local flora and fauna. Contact hallruan@aol.com or call 01872 501429. 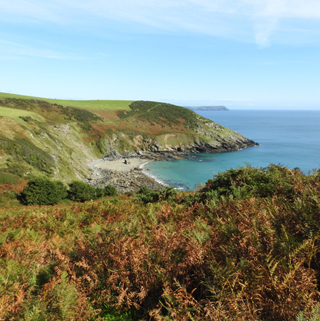 The Unusual Geology of the Roseland – Frank Howie, Geoscientist and Conservation Strategy Chair of the Cornwall Wildlife Trust. 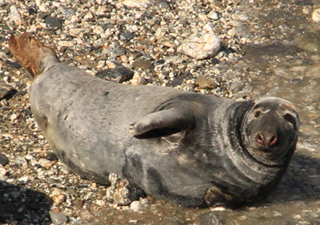 The grey seals are still very much in evidence along our beaches and around the Carrick Roads. Recently two young seals were seen right in at Portscatho porth, having a lot of fun playing with a mooring buoy. Keep a lookout for these cheeky chappies

Keep a lookout too for the Brown hares. If you should be enjoying a walk around Commerrans or Messack, you may have a good chance of seeing some in this area, where they have been observed before.

There are still plenty of winter wading bird visitors to be seen on the Fal estuary mudflats at rising tide, such as at Ruan, where you may still catch a view of Spoonbill, amongst other rarities.

Images by Sarah Vandome, except Hare, which is by Adrian Langdon.