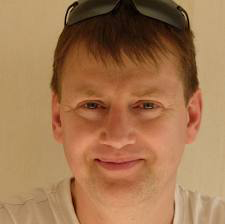 David was born in Glasgow and has been an actor for 25 years; in that time his voiceover work has covered everything from advertising for television and radio, dubbing on film and television, language tapes for foreign students, telephony and on-hold messages, character animation through to narration (audio books) and commentary.

Although I’ve known David for many years, I asked him to introduce himself to readers of this column. He tells me he originally trained as an actor and was lucky enough to work a lot when he was younger and toured all over the place. He says “I have worked in all of the major theatres in Scotland and I suppose most of the main touring theatres in the rest of the UK.” I have seen him in a couple of West End productions, although we have made a pact not to reveal when that was.

He continues “after many years ‘on the road’, my (now) wife Lindsay and I decided to put down roots and create a more permanent base. In the mid-nineties I moved more into purely voice work, making radio and TV commercials, working on adding voices to TV dramas and many feature films.” David’s website www.davidmonteath.com has some fascinating (and familiar) examples of his audio work. Personally I enjoy trying to spot his voice in adverts – it’s a credit to his versatility that I usually can’t.

So, how did he get into narrating books? 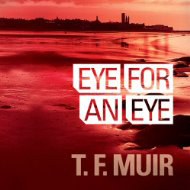 “That’s very simple, someone asked me to record one. I had never actively pursued it as it’s a daunting prospect and takes a lot of preparation before you actually record. When I’m preparing for or recording a book, I am very aware of an audience, but I don’t tend to think of a specific ‘target’ audience as such. I prefer to think of a story being told and I hope to bring it to a listener, rather than just play to the choir as it were. I feel I have really succeeded if I hear from someone that they tried a book from a genre they wouldn’t normally listen to and then really liked it and carried on listening… or have bought more in a series.”

“I have a studio at home and a lot of my radio and TV work is recorded there or sent down a high quality ISDN telephone line to the clients, wherever they are… Italy, France, the USA, Australia and New Zealand. Otherwise, for audiobooks, I travel to where my clients are based or have booked the session.”

I wondered how long it takes to complete an average book. “The Hamish MacBeth series took a couple of days for each book. I am very comfortable with MC Beaton’s characters and the style of dialogue is familiar. I grew up in a Highland community not so very different from the ones described in Hamish’s world. Some of the books I have read for the RNIB have taken up to eight days. It depends very much on the complexity of the subject and the accessibility of the writing. I read a history of shipbuilding on the River Clyde which took 8 days; it was full of complicated descriptions and dense historical background which needed a lot of time to digest what could otherwise be a huge splurge of fact.” 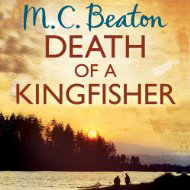 Having listened and enjoyed David’s reading of some of the MC Beaton books, I asked him if it helps if he enjoys the book he’s working on. “That’s a tricky one, I have read some that I liked less than others, but usually there is some aspect of a book that I enjoy. That sounds like a cop-out so it might be easier to paraphrase an actor who said that ‘you don’t have to love Hitler to play him, but you must love playing him’.”

Given the range of his work, what does he consider his day job now? “I describe myself as a voiceover; simply that and I get a huge kick out of my job.”

As someone who reads upwards of 20 books a month, I have certainly enjoyed on CD books which I might have cast aside if I were reading them in the traditional way, so I was interested to know if there were voice actors whose work he admired. He listed Sean Barratt, saying “he’s a friend as well as a colleague and, to be honest, I would listen to him reading anything. Jonathan Keeble is very good. One of the great joys of what I do is being able to work with some really great readers. Lorelei King is another fantastic reader and a friend. But it’s such a difficult question to answer…..rather like which is your favourite child.”

What next? “I am just about to finish recording Bedlam by Christopher Brookmyre for the RNIB and then I start on the next DCI Andy Gilchrist novel, Life for a Life by T Frank Muir. This is number four in the series set in Saint Andrews.” 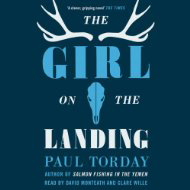 Obviously there are a couple of questions we all want answers to, how often are you recognised in the street and do people expect you to be “arty” and/or instantly amusing?

“Never! I’m not sure people have expectations; I do get some odd reactions when I explain the breadth of what I do, or where my voice is used. It’s a very wide ranging job, from on-hold messages for local shops and services to the recent Pixar movie ‘Brave’, and that surprises people.”

Finally, I asked David if there’s anything he’d like to tell readers about himself, his life, family, pets, books, acting.

“My parents were both actors, my wife is an actor and now my children have started acting as well.” As David says “there is no escape! I just count myself very very fortunate to make my living doing something I love. I have three children, two cats, and one motorbike. My daughters were both in the first episode of the 11th Doctor Who series. My wife Lindsay was on your TV screens every weekday for a year as ‘Me’ in a series of adverts in the ‘This is Me’ campaign for Isme. And my 10 year old son works as a voiceover for some of my clients, sometimes more than I do.”

A busy and varied life indeed so I was very grateful to David for finding time to talk to Roseland online.

[1] You can listen to or download samples from Amazon.