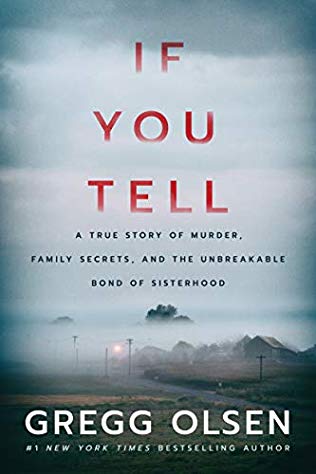 If You Tell: A True Story of Murder, Family Secrets, and the Unbreakable Bond of Sisterhood by Gregg Olsen – Published by Amazon Publishing, 2019

This is the horrifying but true story of Michelle (Shelly) Knotek who, in 2004, after decades of mentally and physically torturing her three daughters, was convicted of killing two people who had lived in her home.
At times, it was difficult to get through another page, such was the violence and humiliation inflicted on Nikki, Sami, and Tori by their mother. That they suffered so much, yet still stayed silent, indicates the extent to which the siblings were affected.
A portrait of a disturbed and truly evil woman who spent her life controlling and abusing all those with whom she came into contact; described as shocking, harrowing and gripping, it’s all of that but it’s also a story of survival.
Well written, yet at the same time a terrible read, I can’t exactly recommend it, but for those who make the effort, I ask one thing, increase your awareness of domestic abuse and, if you have concerns, please act.
Advice here:
https://www.gov.uk/guidance/domestic-abuse-how-to-get-help