A trilogy of short stories 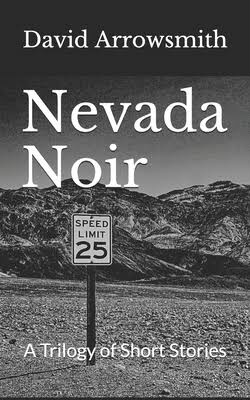 Aptly described on the cover as ‘dark and brooding’, the three complex stories are set in Nevada.

Well plotted and pulled together, the first story left me utterly bewildered, but sure that I’d missed something which was a key part of the plot (I had),  the second led to more clarity and a greater level of intrigue, and the third rounded it off in a way I can only describe as ‘Scandi Noir neat’.

Certainly not my regular choice of reading matter, yet it left me really hoping for a sequel. Meanwhile, a second, or even third, reading is called for in order to ensure I haven’t missed any of the nuanced signposts to the eventual outcome.

Eerily hypnotic, this well written book draws the reader into a darkly atmospheric world where a single decision leads to….well, you’ll just have to read it to find out.

David is interviewed this month for Writers Talking