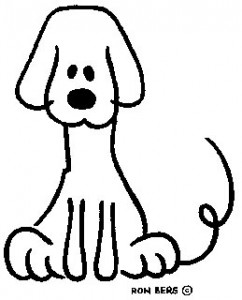 When is a Spade Not a Spade?

It’s proving a busy season so far. It almost seems as if we have been having some sort of incident every week. We have had lots of walkers on the Coast Path, many of whom have called in to see us, surprised to find out what we do. The Path, while not hazardous, does need care, especially when wet or in those places where the passage of many feet has worn it away. We had one of our own members fall and break her ankle very early in the year and the third of June brought more custom to our door. An unfortunate lady fell at a stile not far from the Lookout in the direction of the Driftwood Hotel and broke her arm. By coincidence another nearby walker was a Doctor on holiday so he was able to look after her. Someone else came down to the Lookout to raise the alarm as we have telephone – a rare thing on the Path, most of which has no mobile phone signal.

Kevin rang the Coastguard at Falmouth who said they would contact the Ambulance and then looked at our First Aid equipment to see what he could find. It fits into a very small cabinet and is more designed for cuts and bruises than something serious. We are, after all, not a First  Aid Post and are not trained as such. But nestling in the corner is a child’s beach spade. One of our members has a dog which has been down so often it is virtually qualified, and so its owner keeps a small spade down there to do the necessary with a poly bag.

Kevin decides this might be a good splint so he sent it up to the Doctor and by the time the Ambulance arrived the patient was feeling more comfortable. In the meantime MRCC had tasked the Portscatho Coastguard Mobile Unit to attend and help. They had left a man on the road to the Beach to guide the Ambulance so the system had swung smoothly into action and worked as intended. The casualty was able to walk with assistance to the Ambulance and was whisked off to Treliske One assumes that the temporary splint was then removed, the surgeon being duly impressed with the makeshift arrangement. He probably thought it was the gift of some nice little girl on the beach, having no idea of its real use. We haven’t dared to ask for our spade back. At the Lookout the other day I held a small inventory of what else we had that might come in useful – brushes, dustpans, old tins of paint and a dog bowl. Keep trying to think of how we could use the bowl in a medical emergency but it’s the wrong shape! 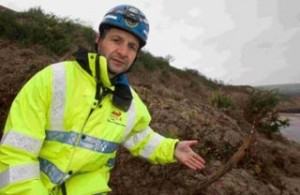 The following weekend, same Watchkeeper. He had been keeping an eye on a small open boat with five people on board which was between Greeb Point and Portscatho. It had not moved for quite some time and he was beginning to think there was a problem  At 10.30am he telephoned the Coastguard at Falmouth and told them what he could see, that the boat was crowded and seemed to have been stationary for an unusual length of time. It was agreed that he would continue to watch and, if by 10.45am there was no change, he should call the Coastguard again.

That time came without change so back to the Coastguard. It was decided that the Inshore Lifeboat should be asked to attend and then, a few minutes later, the Coastguard received a telephone call from the vessel itself saying that it had an engine problem but the anchor was down and appeared to be holding. They were in no danger, and just sat there until the arrival of the ILB which was able to tow them into the safety of Portscatho Harbour. 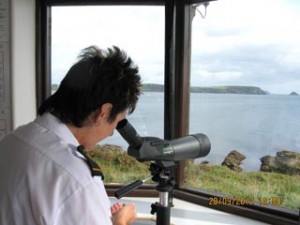 So all’s well that ends well. The unfortunate lady had her arm properly splinted in Hospital and the  broken down open boat, which incidentally had a child on board, was returned to the safety of a harbour where repairs could be made. No doubt they have something to talk about but hopefully their holiday continued without further hitch. But it was gratifying to us to see that the rescue systems worked well and as they are designed. We were able to play our part in providing a contact point on the Cliff Path where emergency communications were available. We passed on the message and the Portscatho Land Based mobile unit attended. They were able to reassure  the lady that something was being done to help her and make sure that there was someone on the road  to direct the Ambulance to the right spot. If you think about it that is most important. There are no signposts or markers on the Path – so how do you identify an exact location without good local knowledge or someone physically standing in the road to direct the paramedics? The Ambulance Service then did the rest in their usual efficient manner and the patient’s suffering was kept as little as possible.

As for the second incident – this is why we are there in the Lookout. It is why it is called a Lookout – to keep a watch for these happenings and set in train the Rescue Services. The small boat carried no marine radio and was, in the end, able to contact the Coastguard by telephone. But the telephone signal in these parts is notoriously erratic. It was relatively calm, but given a stronger onshore wind pushing the boat closer in to the cliffs and, at best, we would have had five very wet people.

Some of our ‘new intake’ are nearly ready to take their places as fully fledged Watchkeepers. However we need more. Remember no previous experience is necessary and, if you have read what is above,  you should realise it is a very worthwhile voluntary cause which you can  easily fit around your other commitments. Give Pat Rigley a ring – 01872 – 501838