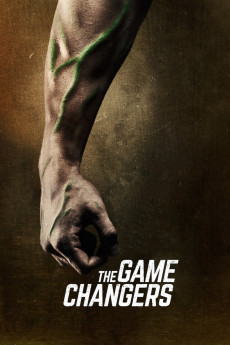 This documentary follows Kick Boxer,  James Wilks who, after being injured in a fight, started looking for a way to repair himself in the fastest way possible. It became a journey in which he learned about the benefits of plant-based eating for athletes.

The film covers multiple success stories of plant-based dieting athletes, references, scientific studies, and touches on other arguments for plant-based diets that extend to non-athletes.

I must admit to being a little taken-back at the outset, not being a great fan of kick-boxing, but James’ journey had a powerful effect on my choices by the end of the film. Needless to say, a film with such high-profile stars like this was bound to get a kick-back (did you see what I did there?) from the meat industry and those wishing to challenge the science. But the facts in the film and its undeniable effect on the participants therein caught the attention of most audiences, giving it a whopping 99% rating on Rotten Tomatoes.

Verdict: Even if you’re dedicated carnivore, this film will open your eyes if viewed with an open mind. *****

This film is available on Netflix