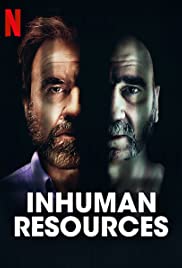 Alain Delambre, a tired senior executive who has been humiliated by six years of unemployment, under pressure from his wife,  decides to apply to a prestigious company as a candidate for a human resources job. What transpires is him being forced to take part in a role-playing game in the form of a hostage-taking scenario. Knowing, if he is hired, all will be forgiven, but smelling a rat, Alain has other plans.

This superb french series rolls and re-rolls the dice with no idea of what will transpire. Each time you think you’ve got where our protagonist is going, the plot twists again and again. Impressive acting from former footballer, Eric Cantona, this is an exciting and fast-paced series which leaves itself wide open for a second series.

Verdict: A fine rise with more twists than a 70’s kid’s Scalextric ****