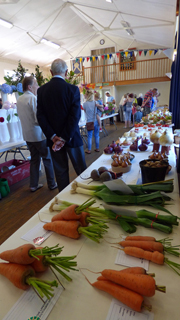 As we write here on this chilly but bright evening, summer is most definitely in the past for this year. The days are beautiful this week (the wind and rain last weekend a distant memory….) but the night and mornings are cool and crisp. Lovely! If we needed any more proof than the weather, various Autumn Shows have taken place over the last couple of Saturdays, and what displays there were this year.

If you were lucky enough to win a cup at Gerrans, you had the privilege of it being presented to you by our very own Sarah! A joyous site to behold in the hall, school and in the school gardens! There were definitely lots of new faces around this year (children especially, which was lovely), many familiar faces, but one or two old favourites sadly no longer there. It occurred to us that if every household in villages and towns put in just one entry to the show, and came along even for just a cuppa, their future would be secure. There’s a thought…..

Hawberries against a Cornish blue sky 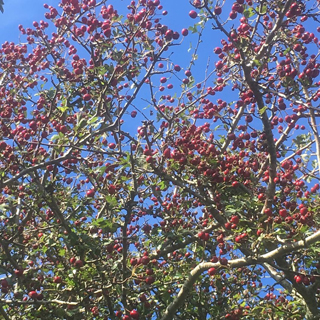 It feels like it is time, gardening-wise, to retrench and put your feet up, but actually, it is quite the reverse. All sorts can be done now while the soil and air are still warm, and (we hope) we should be in for some damper days. Although it had been very dry again up till last weekend, that day of soaking on Saturday has done wonders for the soil. It has made even tough Roseland shillit soil easy to work; Helen needs a mattock to get down deeper than a few inches, but not this week. Even so, all the gardening suggestions below should be caveated with “and water in well until established”, for at least until we have had some more consistent rainfall.

This is a great time of year to be dividing clumps of herbaceous perennials, moving stuff, digging up seedlings to replant elsewhere or give away, and planting shrubs and trees. We are lucky down here in that we can get ahead of the rest of the country with these jobs, many areas of which have to wait until Spring.

You can be reasonably brutal in dividing herbaceous perennials (these are the ones which die down to nothing over winter, then reappear refreshed in the spring). The best way to do it is to dig up the whole clump, then chop or fork it into smaller clumps, cut off all the top growth to encourage the plant to focus on root development, and replant the healthiest part where you remove it from. Generally, because herbaceous perennials spread from the centre out, the oldest, most tired growth will be in the middle of the clump, so I would generally recommend discarding this. 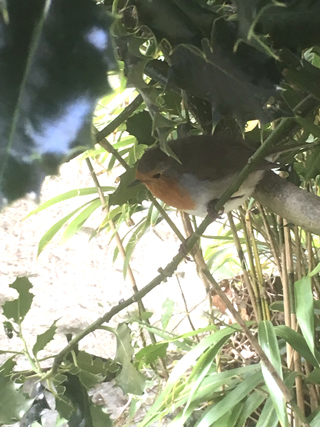 Any spare bits you don’t want can be potted up and given away or saved for the Veryan Plant swap/sale which will be happening in late Spring next year to raise funds for the repair of the Village Hall. Keep an eye out for more details soon. Everyone welcome.

The exception to this rule is grasses, whether herbaceous or evergreen. Grasses simply sulk and likely die if you divide them now. Their root establishment is simply not strong enough over the remaining warmer period to defend themselves against winter wet. Leave those until late Spring, but exactly the same principles apply otherwise. Late flowering perennials probably still have some legs too, so leave them until they are dying down, or until spring.

This is also the time to get in trees, evergreen hedging and shrubs (subject especially to the watering caveat) and similarly to move any you find to be in the wrong place (provided they haven’t got too big). Most garden centres are getting their new season stock anytime now, although bear in mind that potted trees may be a little while yet, given it has been so dry. Trees tend to be grown in the ground, lifted and put in pots, and only when established in their pots will they be sent out to garden centres. Growers will be reluctant to lift in very dry weather so that sets the whole process back a bit. Better they are a bit later and in good condition, than earlier and with weak root systems. They will struggle to establish otherwise. 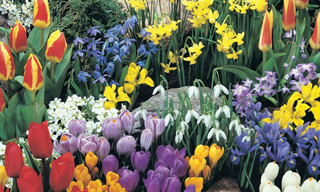 We are often asking about staking new trees, and advice varies. Generally, we are pretty windy down here, so to speak, so a low stake makes sense. It allows a bit of movement without wind rock, which again, will not allow the roots to establish properly and your tree is likely to fail. Mix plenty of nutrition (well rotted manure) and some bonemeal to the spoils from the hole you dig before adding it back to the hole. And trees must be watered well – a can once a week throughout its first year will serve you well, regardless of how much it has rained. 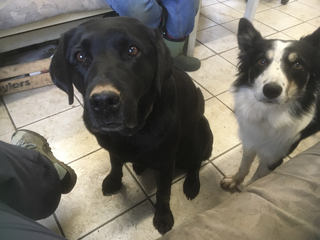 It’s a great time to get your spring flowering bulbs in too – daffs, crocus, grape hyacinth and so on, are all widely available now. Tulips are too, but hold off planting them until November. They don’t like the warmth and may become diseased and mutated as a result.

So, that should keep you busy. If you find yourself twiddling your thumbs, it is also a tidying up time of year too, and many of our herbaceous plants are looking a little shabby. Shear them off, mercilessly, and add them to your compost heap.

For those of you who are regulars at Pengelly, (if not, why not???) you will be aware that we have some major expansion work going on. New tunnels will be popping up left and right over the coming weeks. Please bear with us while this is all going on; we will be open for business as usual, but there may be areas we have to steer you away from for Health and Safety reasons. And it might be a bit noisy. But it’s a great time for plant shopping and we will all be there (including Rhubarb and Tori) to help you as much as possible.

May we help you?

And next time we meet, we’ll be talking about Christmas trees. Fancy that. Help!!!!