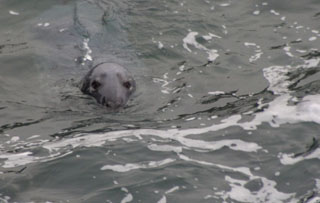 December brings to a close a year of remarkable abundance, a product of ideal climatic conditions for many species, and food webs. There’s been rain and wind in the last month, with a promise of more to come. Notwithstanding, the Roseland landscape remains forever a landscape of stunning beauty, whatever the weather. Its very character has been formed and defined by the constantly changing weather patterns at work on its unique underlying geology, forcing all life forms to adapt in order to maintain their existence. So the next time you complain about wet and windy weather, try instead to celebrate its effect on this special place. And, hasn’t it been said, there’s no such thing as bad weather, just inappropriate clothing? 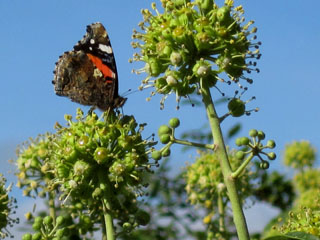 By mid-December, with no serious cold snap still in the offing, the list of unusual and intemporate occurrences grew. The first daffodils and narcissi were beginning to show buds and even blooms, catching up with primulas and campions that never seemed to stop flowering since spring. Even garden Camelias began showing early flowers. There were still insects visiting late-flowering shrubs, including butterflies such as Red admiral (Vanessa atalanta), along with wasp, bee and fly species.

Out along the headland at St Anthony the grey seals (Halichoerus grypus) were reappearing after their seasonal migration away, joined by increasing numbers of great northern (Gavia immer) and black-throated (Gavia arctica) divers. Their return, along with other migrants, heralded changes taking place beneath the waves: vast shoals of pilchards passing through, accompanied by larger predators such as bass, mackerel and even the occasional cod. The presence of such a huge bounty drew human activity too, and fishing boats were busy on the water for many days. 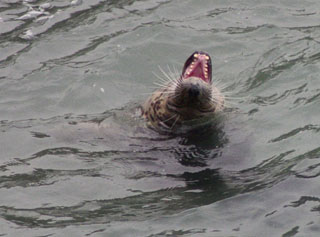 Back on land, the spring-flowering shrubby plants and trees have been heavily laden with berries and nuts. Blackthorn (Prunus spinosa), Hawthorn (Crataegus monogyna), Common holly (Ilex aquifolium), Oak (Quercus species) and Beech (Fagus species). This is not (let me dispel a common myth) a sign of a forthcoming cold winter. It represents the evidence that the weather and climate have been ideal for many plant species throughout much of the year. Now, some of the energy they have absorbed will be stored in the seeds consumed by foraging animals such as badgers (Meles meles) and squirrels (Sciurus carolinensis). Deer species too, rarely seen but certainly present here will browse the evergreen foliage of Holly, prickles and all. According to a report by Cornwall Mammal Group in 2007, The Roseland is one of the most under-reported areas of the county in terms of its mammalian wildlife, so we do not know just how many species of deer are here and in what numbers. You can help them by sending records of your sightings to: (http://www.cornwallmammalgroup.co.uk). 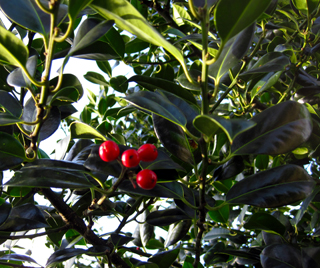 Holly is an important food plant for a range of species because of its ability to exploit diverse habitats and growth conditions. Although it will grow into a fully mature tree in the most favourable situations, it can also live in deep woodland as an understorey shrub, notably among beech and oak. There are many examples of holly’s adaptability and variability of form to be found throughout the Roseland peninsula, which combines landforms of rugged coastline, wooded valleys, estuarine creeks and open farmland. As a result of its adaptability, holly can rely on several species to disperse its seed, ensuring its survival and maintaining its inclusion in a variety of habitats here.

The clustered berries of holly are produced only by female trees. By late December much of the Roseland harvest was consumed by birds eager to bulk up for winter. The bright red colour draws in many bird species, among them members of the thrush family and including the migrant redwings and fieldfares already arrived here by early December. You may notice a holly bush or tree retaining an abundant harvest. This probably indicates ownership by a pair of mistle thrushes (Turdus viscivorus), who are prepared to defend their precious food resource rigorously. Mistle thrushes will also take ownership of other, berry-baring species including hawthorn and ivy (Hedera helix). 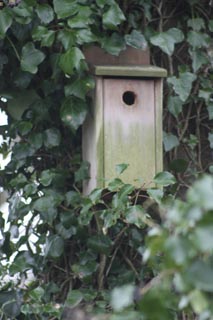 With the approach of January and a new year ahead, here are some things you can do to help nature in the Roseland:

Clean out nest boxes of all debris and spray them with a bird-safe disinfectant/insecticide; this will help keep the box drier and remove parasites

Keep putting out food for birds; the energy-rich types such as husk-free seed and fat blends are especially useful in reducing the effort needed to consume them

Help protect marine animals from ingesting man-made materials, especially plastics, by beachcoming for litter after rough weather has washed it in

Leave rough piles of rotting wood, hollow stems and leaves in quiet corners of the garden so that insects and arachnids can hibernate, reproduce or just hide away in safety

Keep a look out for unusual occurrences resulting from the mild winter and consider sending your observations and records to the Woodland Trust’s Phenology Survey (http://www.naturescalendar.org.uk/survey) 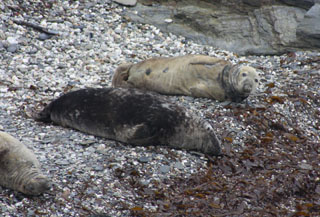