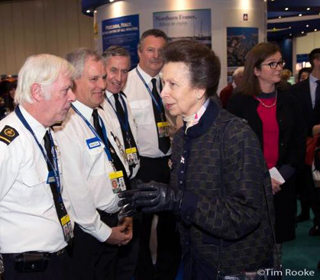 HRH The Princess Royal has agreed to become Royal Patron of the National Coastwatch Institution (NCI).

In their press release, the NCI said, “This is tremendous news for the charity and a great recognition of the contributions and achievements that NCI makes in ensuring safety around the UK coastline.”

The National Coastwatch Institution (NCI) is a voluntary organisation set up in 1994 to restore a visual watch along UK shores after many small Coastguard stations closed. NCI is a registered charity managed by a board of Trustees with a Constitution agreed by the Charities Commission.

In 1994 when two fishermen lost their lives off the Cornish coast below a recently closed Coastguard lookout, local people 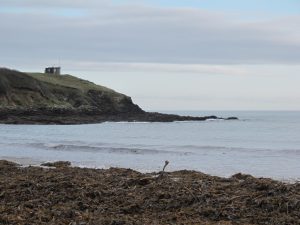 decided to open and restore the visual watch. When the first station was opened at Bass Point on the Lizard, NCI was born. Today 49 stations keep a visual watch around the coastline of England and Wales, with more in the pipeline subject to available funding.

There are thirteen Coastwatch Stations around the Cornish Coastline, all manned by volunteers. The Roseland has a Station at Pednvadan, close to Portscatho and Porthcurnick Beach.

Watch Keepers people come from all walks of life, men and women, with no need for previous experience. Full training is given and a qualified Watch Keeper will be on duty whenever the Station is open.  They could still do with a few more people. Ring Sue on 01872-530500 or Chris on 01326-270681.

You can read the full press release here.