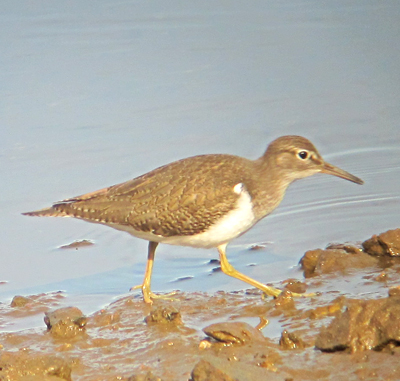 The Roseland has many secret places hidden away from the regular tourist trails, visited by only those who live near by or have reason to go there. The lack of human disturbance tends to make such places extra special havens for wildlife. Ardevora Veor is one of them.

The secret flats of the Fal

A world of stillness beyond words.

Behind a screen of elms

A deserted house is there

Haunted by its echo-

(From Afterthought, by A.L. Rowse). 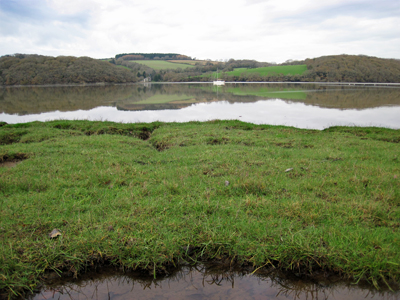 Ardevora Veor is a small, blob-shaped peninsula of farmland, jutting out into a deep bend of the Fal river, where it branches off towards Ruan Lanihorne and Tregony to the northeast. At one time this creek was deep enough for large shipping that could travel all the way to Tregony, which was once known as a sea port. Occupants of the farmstead at Ardevora Veor would have seen regular large water transport passing by.

However, over the decades, the river has silted up so much that no large craft can use this part of the Fal any more. Only the occasional small yacht, motor boat or kayak venture up this creek, which has become an important haven for wildlife. Significant numbers of migrant as well as resident wetland birds gather here to feed. Twice in 24 hours the tide covers broad shallow mudflats, sandflats and saltmarsh that surround this small peninsula almost three quarters round; twice in 24 hours the mud, sand and saltmarsh are completley revealed, offering rich foraging rewards from the sheer abundance and diversity of macro and micro fauna living in it.

Where intertidal sands are deposited to the south of the peninsula, there exists a single area of ecologically important intertidal seagrass Zostera noltii, which is home to important invertebrate prey species such as sand mason worm Lanice conchilega, peacock worm Sabella pavonina, and common cockle Cerastoderma edule. The broad expanses of mudflats on all sides of the peninsula are home to an immense diversity of organisms existing at different depths and densities of the sediment.

All these infauna comprise an important part in the diet of waterfowl and wetland birds, who can exploit the different prey according to their particular morphology. Shorter or longer, straight or curved bills, can reach different prey at different depths. Long or short legs, body size and shape, all these features are an adaptation of each bird species to its ecological niche. In this way, many more bird species can forage closer together than would be possible along the sandy coastal beaches, where prey is harder to find. 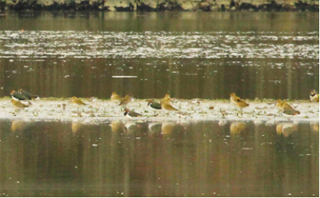 On a quiet, calm day in late autumn and winter, Ardevora Veor is one of the best inland places in the Roseland to view wading birds and wildfowl of all kinds. As the tide begins to return and the flocks are forced closer and closer together, one can begin to appreciate the sheer volume of birds depending on the site and the wider Fal roundabout for their winter feeding grounds.

In the last few days of November over 100 lapwing were gathered there, along with ringed plover, curlew, dunlin, oystercatcher, redshank, spotted redshank, greenshank, wigeon, teal, shellduck, mute swan, and various gull species. At other times of the year one may expect to see Osprey soaring overhead, hunting for fish when the tide is up. A truly spectacular wild habitat, and well worth a visit.

(Ardevora Veor is privately owned farmland, and access should be agreed with the landowner first).

Things to look out for this month in the Roseland 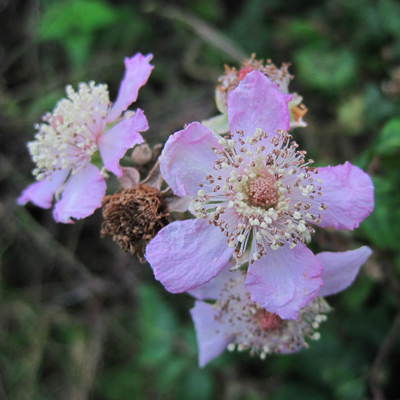 Keep an eye out for butterflies and other insects. November was characterised by unusually mild weather, occasionally very wet and windy. Many flowering plants were still opening blooms, despite the shorter days. Many insect species were still active that would normally be in hibernation, have migrated or had died off by now. 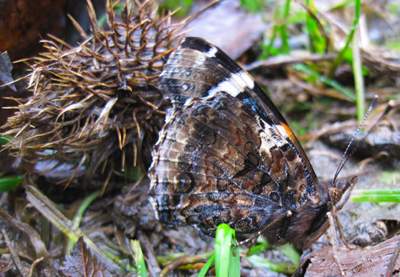 The occasional bumble bee and butterfly could still be seen foraging for the last of the food resources. The Red admiral depicted here is doing a good job of blending in with the decaying matter on the ground, by showing its underwing crypsis when not flitting about the few remaining nectar sources. Sightings of insects still active in December are of interest to groups such as Butterfly Conservation, so do record anything unusual if you come across it. 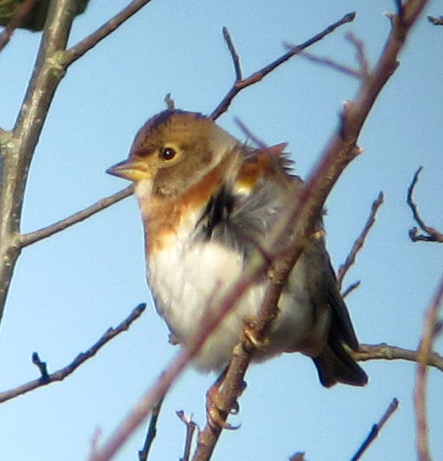 Most of our winter bird visitors have arrived, but may still be travelling long distances within the UK as they seek out good feeding grounds. One species to look out for in your garden and local countryside is Brambling. They often flock with Chaffinches, making them difficult to spot as they are quite similar looking to the untrained eye. However, they can be distinguished by a white stripe on the back and rump, and they have a distinctive call. Check the Chaffinch and Brambling BTO Bird ID video here.

Some good news for Cornish nature

On 24 November, Cornwall Council voted to ban balloon and sky lantern releases on its land and property. Mevagissey Councillor James Mustoe proposed the motion, which received cross-party support following campaigns for a ban by conservation groups and public bodies. Sky lanterns and balloons pose a threat to wildlife when they land on the ground, where animals can become entangled by the litter, or unwittingly ingest parts of it. Local farmers have experienced their cattle having problems after ingesting sky lantern litter. This ban is therefore most welcome.