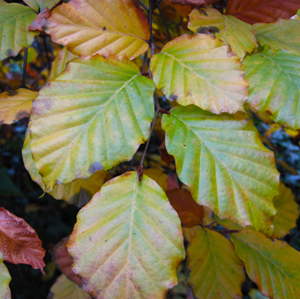 The harvest is in, the clocks turned back an hour and humans keep warm by staying indoors. Outside however, many organisms are preparing to survive the cold season head on, by conserving energy and going dormant. Deciduous plant species do this by dropping their leaves, so how does this happen?

The process of leaf fall begins in late summer, probably initiated by the subtley shortening days since late June, although changing temperature also plays a part. A plant hormone called auxin stimulates the growth of cells at the base of the leaf stem, called the petiole, where it joins a branch at an axiliary bud. The cells form an abcission layer, which restricts nutrients entering the leaf, but allows stored nutrients in the leaf to be transferred into the tree. 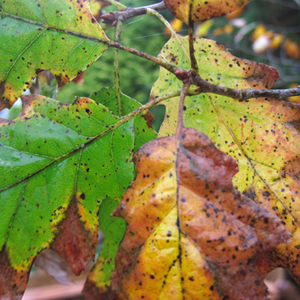 The formation of the abcission layer starts the process of ageing, termed senescence, in the leaf structure, resulting in the colour changes and leaf drop that we see every autumn. Deciduous plants have evolved this process to cope not only with the cold (and sometimes drought) of winter, but to reduce overall energy consumption. Winter days are too short for deciduous leaves to produce more nutrients than they consume through photosynthesis. 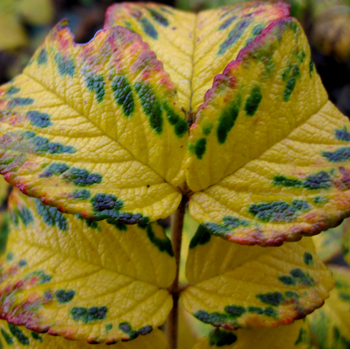 As well as conserving energy and nutrients, leaf drop provides other benefits to deciduous trees and plants. The leaf litter on the ground is gradually broken down, and the remaining nutrients are returned to the soil through the nitrogen cycle, which also sustains a food web of detrivorous organisms. Furthermore, as leaves senesce and change colour, certain aphid species can exploit the enhanced availability of leaf nutrents. The changing colour may be acting as a visual signal to the aphids of this temporarily increased resource. 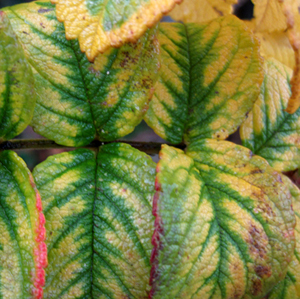 Autumn leaf drop is, surprisingly, a somewhat understudied area of phenology, and is therefore not as well understood as one might assume. We do know that leaf senescence timing is regionally and species dependent, and even down to location dependent within an individual tree. Thus we will often see individual trees with a full range of colours at the end of summer. However, scientists are learning that there are a lot more questions to ask about leaf senescence and why we should put more resources into this area of study. 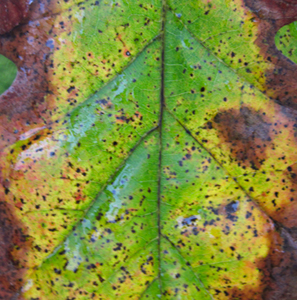 Since the most commonly held belief is that day length and temperature are the primary factors controlling the senescing process, scientific studies are now beginning to focus on understanding how climate change could be affecting the phenology of deciduous trees, which could have ecological consequences. Temperature will become increasingly influential with global warming. A warmer climate will advance spring and delay autumn, but drought may encourage early leaf senescence, depending on a species’ reaction to it. According to recent research, the changing seasonal length may have a significant effect on ecological processes, which in turn may have a feedback effect on climate, since leaf emergence and leaf senescence contribute to local climates in different regions of the world. Already scientists are discussing how this will affect the management of vulnerable ecosystems and species 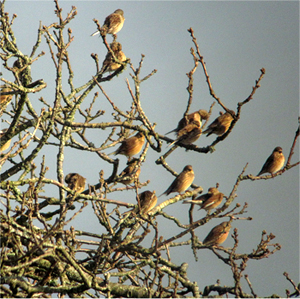 When the weather is good, keep an eye out for the noisy, large winter flocks of linnets, chaffinches, goldfinches and even cirl buntings in the fields. They are gathering together to feed and keep safe in large numbers. You may also be lucky enough to see siskins and reed buntings associating amongst them.

AK Wildlife Cruises have come up trumps again in late October, with sightings of many different marine species that you can see from the Roseland coast, including: 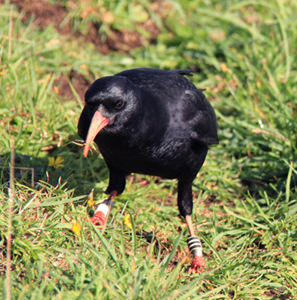 A recent trip also reported sighting 3 peregrine falcons, and a chough (depicted right) along the coast towards St Austell. This last sighting is particularly significant, so keep your eyes peeled for choughs anywhere along the coast, though particularly in the area around Nare Head. We are hoping to see the pair that have hung around here in the last 2 years. 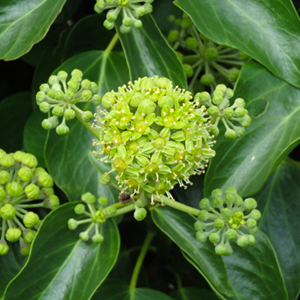 We love to tidy up our gardens as winter rears its ugly head, but the RSPB is urging the public not to trim back or cut down their ivy this autumn if possible. Ivy is an important plant providing both food and shelter for garden wildlife, particularly during the colder seasons.

Ivy reaches its peak productivity in autumn, bursting into bloom with its acid-green globes of nectar-rich flowers. These provide a vital source of nectar for insects prior to hibernation including bees, butterflies and hoverflies.