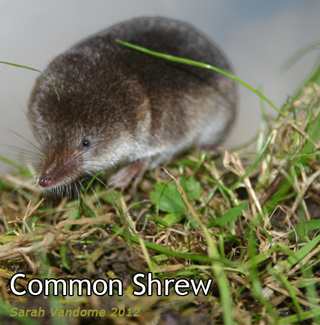 Migration is most associated in our minds with the long distance flyers such as Arctic terns or Swallows. However, migration takes place at virtually all scales of animal life and across much smaller areas. Within the Roseland several species move considerable distances seasonally in search of resources across the range of habitats here, including our tiniest mammals, the shrews.

There are three species of UK mainland shrew: Pygmy (Sorex minutus), Common (Sorex araneus), and Water shrew (Neomys fodiens). Similar to mice and voles in appearance, shrews are in fact related to moles and hedgehogs. They have very small eyes and ears, but large snouts, smell being the principal sense used in foraging. Pygmy shrew is the smallest of the three species, but its long tail is two thirds its body length, making it overall longer than the Common shrew whose tail is proportionately short. Both these species have rich brown upper body fur, and a greyer underbelly. By contrast, he Water shrew is considerably larger, and is easily identifiable by its almost black upper body fur and silver underbelly. All shrews are good swimmers, but the Water shrew has special adaptations for its more aquatic life, such as stiff hairs on the feet to help it paddle, and a keel of hairs on its tail for manoeverabillity. 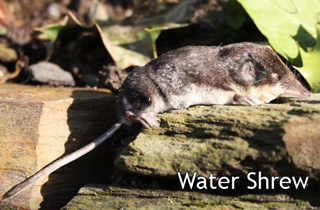 Shrews are carnivorous, having sharp pointed teeth specialised for a mainly insectivorous diet. They have high energy needs, so do not hibernate, needing to find food all through the winter. They must eat every two hours or so, or they will die.

Common and Pygmy shrews live throughout the British mainland, wherever dense herbage provides suitable cover and a ready supply of prey. Even scrubland and gardens will do. The water shrew’s preferred habitat is slow flowing water such as a stream, ditch or river, where it can live in a burrow.

All three species of shrew produce young in late spring and summer. Winter survivors mature by the following spring, when they then breed. Pygmy and common shrews live very short lives at a hectic pace. It is all over in less than twelve months. The larger water shrew can live somewhat longer – up to 19 months in the wild has been recorded. 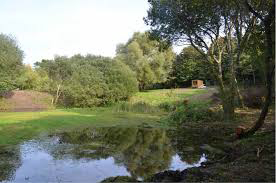 Outside of the breeding season, shrews migrate considerable distances away from their native habitat when on dispersion from their native area. Even Water shrews do this, as studies have shown that much of their food prey is land based, similar to that of the other two species.

Once considered rare, Water shrews are quite widespread like their smaller cousins. Until relatively recently water shrew was not recorded at all for the Roseland but recently I have come across three in the area of Well Lane in Gerrans, including one this year. All shrews are protected under the Wildlife and Countryside Act, 1981.