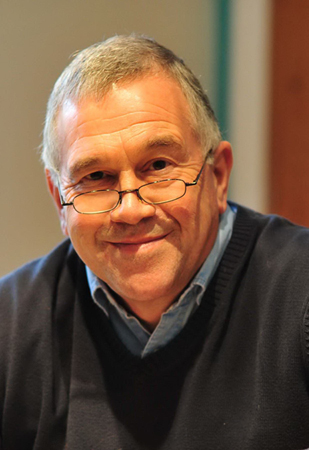 This month I’m thrilled to have the opportunity to cross examine one of my all-time favourite writers, Simon Brett, author of around 100 books from the dark and rather disturbing ‘Singled out’ and ‘Dead Romantic”’ to the lighter Mrs Pargeter crime series and ‘How to be a Little Sod’.

There can be very few people who haven’t come across Simon’s work. For example, many of us will have fond memories of ‘After Henry’ – book, radio comedy and TV series; others enjoy the Charles Paris books or the wonderful audio versions. And then there are the Fethering mysteries and the ‘Blotto, Twinks’ books set in the 1920s.

All very different but all having something in common – they’re well written and plotted and, best of all, the main characters are so vividly drawn that, even without pages of description, the reader knows exactly what they look and sound like. That may be why a number of authors I’ve interviewed for this column have nominated Simon’s books as some of those they’ve enjoyed most and they and I are particularly keen to read more about Mrs Pargeter.

I started by asking Simon about his wide ranging career.

“What I enjoy most in my working life is variety. Writing books is enormous fun, but it remains a solitary occupation. Doing things involving other people – theatre, radio, tutoring – is a more social activity, and I like to find a balance between the two.”

“I don’t really have a target audience in mind. I write books which I would enjoy reading. And, though I have a lot of affection for all my characters, I suppose I’d have to say that Charles Paris is my favourite. He was the first series character I created and, although his circumstances are entirely different from my own, his values and priorities are probably closest to my own.”

And what triggers a new book and how do you write?

“What triggers a new book is first of all the contract I have signed to deliver one. I’ll know when I have to finish it and sort of work the timetable back from then. For example, I have just completed ‘Blotto, Twinks and the Heir to the Tsar’ and I know that the next one I have to write will be a new Fethering Mystery, ‘The Killing in the Café’. For me the setting of the book is the first thing I have to decide on. Once I’ve got that, a lot of the characters will arise spontaneously from the setting and then I can start working out the plot.”

“I work directly on to my computer. Fortunately I had got to the point of writing on a typewriter when word processing technology started to become readily available, so for me the transition wasn’t difficult. I’m in favour of anything that will renumber the pages as you rewrite your book. And I work office hours – roughly nine in the morning till six in the afternoon (though lunch can be an elastic feast) and after lunch I usually ‘do the crossword’, which frequently involves lying on a bed and waking up half an hour later. But I very rarely spend five days a week writing on that schedule. I have to go to meetings and rehearsals, frequently in London. And, unless I’m very close to a deadline, if I look at my diary and see I have a week of just writing ahead of me, I will often ring up a friend and fix to meet for lunch. All writers should get out more.”

What is the average time from idea to publication? 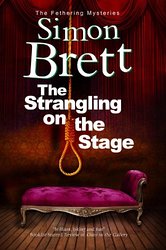 “Difficult question to answer, because a lot of the books I write are in series based on continuing characters, so you don’t start completely devoid of ideas. I like to spend a lot of time thinking and planning (while I’m working on other things) and then the actual writing process is relatively short – usually within three months. But, because of publishers’ schedules, a book will frequently not be published until a year has elapsed from its delivery.”

“When I’ve finished a book, the first person to read it is my wife Lucy. Fortunately she does like crime fiction so I don’t think it’s too much of a hardship for her. Though I think she sometimes gets sick of my asking her while she’s reading, ‘Who do you think did it now?’ Then the manuscript will go to my agent and my editor at the publishers.”

When your work is dramatised does it sound/look the way you imagined it when you wrote it? Does the casting work? Bill Nighy has the voice I imagined when I read the Charles Paris books, and Joan Sanderson in “After Henry” was exactly right. 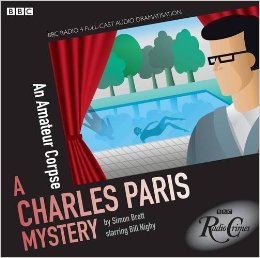 “When I’m starting a new dramatic work I find I get inhibited if I have any actors in mind for the parts. I’d rather get the relationships between the characters right before I think about casting. But once the casting has been done, the actors do become part of the writing process. For instance, when writing ‘After Henry’ for radio and television, I could hear the voices and speech rhythms of Prunella Scales and Joan Sanderson as I was creating the scripts. Bill Nighy is obviously a rather different case, because I had written the Charles Paris books long before the idea of radio adaptations was mooted. But I am very happy with the way he plays the part.”

Anything else you’d like to tell readers about yourself or your life in general?

“I had an uncle and aunt and two cousins who lived near Truro, so as I was growing up many family holidays were spent in Cornwall. I have particularly fond memories of the beach at St Agnes, where when I was a very small boy I was fishing with a makeshift rod, line and hook in a stream in the sand far too shallow to contain any fish. My mother diverted my attention while my father attached a kipper (by its tail) on to my hook. For many years I would tell my fisherman’s tale of ‘the day I caught a kipper’ – and was very disappointed when the truth was broken to me that my achievement was actually impossible.” 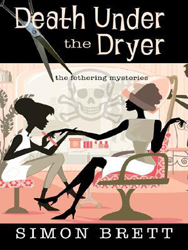 “As with my writing, I enjoy variety in my reading. I read some crime fiction, but not exclusively. There’s also a certain amount of ‘literary fiction’ (though I hate the expression – it makes you wonder what the alternative is). For example, I greatly enjoyed the most recent Booker Prize winner, ‘The Narrow Road to the Deep North’ by Richard Flanagan. I also find, as I get older, I like biography increasingly. I’ve recently read Max Egremont’s biography of Siegfried Sassoon, which I found fascinating.”

“Again this is frequently dictated by contractual obligations. As I said, the next book I will be embarking on is a Fethering, but I’m also editing a collaborative novel ‘by certain members of the Detection Club’, of which I am the President. And I generally write a new short play for the Arundel Festival, which happens in August, so I must come up with an idea for that soon.”

“And with regard to Mrs Pargeter, all is not lost. I have recently written a new investigation for her – the seventh – entitled ‘Mrs Pargeter’s Principle’. As when I went back to writing about Charles Paris, I had great pleasure reacquainting myself with her and her dubious group of associates.”

‘Mrs Pargeter’s Principle’ will be reviewed on Roseland online in April. Look out for it.