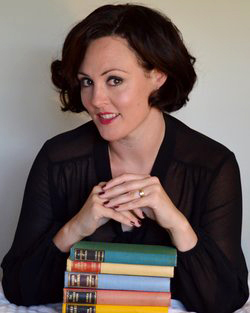 Firstly, to set the scene: Vanessa moved to Cornwall in 2009, having, coincidentally, attended the same school as me. She now lives in Tregony with her husband and four children.

Her writing has its roots in her varied work-life which includes PR and marketing, working as a Relate counsellor and as a Doula (although not simultaneously I hope!).

Although she had written bits and pieces over the years, making several attempts at serious writing, the real leap forward came when she started her new life here. Moving to Cornwall gave her more time to write and so, as she says “having decided to concentrate on it I knew it was important to ‘establish the habit of writing’ so I set myself a challenge with a word target and deadline to work towards”.

Her début novel The Doctor’s Daughter was released in June 2015 and opened to excellent reviews. Since then it has featured among the best-selling titles published with Completely Novel. Soon after it was published, Vanessa was short-listed for the ‘Words With Jam’ e-zine First Page Competition for a forthcoming novel due to be published in 2016 and her work has featured in several notable poetry publications. She has also written articles for BritMums and Arvon Foundation and was a speaker at the Penzance Literary Festival.

She explains “in 2012 I set myself a 30-day writing and blogging challenge during which I won two poetry contests. Each competition had a theme. My purpose wasn’t necessarily to win, but to instil discipline and to flex my creative muscles, so I tried out lots of things: from poetry to scriptwriting and from micro-fiction to full length novels.”

“I discovered that, for me, poetry is easier and quicker and I was thrilled that in 2013 my poetry collection ‘Melodies of my Other Life’ was published in the USA.”

“After several false starts during which I lost confidence and found it difficult to share my work with people I know, I found it better to go straight to the anonymity of sending it direct to a publisher, although, at the draft stage, I do make use of beta readers, some are people I know, others I don’t. The important thing is that they must tell the truth. My husband also helps when I get stuck with the plot and he urges me to ‘write it down anyway’.” 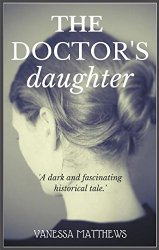 “Another breakthrough came when I attended one of Arvon’s week-long residential creative writing courses, which offered a mix of workshops, individual tutorials and, most importantly, time and space to write,. The course was guided by leading authors and the aim was to finish a piece of work and get input from professional writers. The first four days were really difficult and left me at very low ebb, with few ideas and a lot of blank paper. Brainstorming helped to help break that block.”

“I became intrigued by a reference to the psychoanalyst, Anna Freud, which came up during the follow up discussions. Linking that to some of the themes I was already exploring, but taking a bit of a detour, I started exploring Anna Freud as a person rather than involving myself with her work. That led me down the road of examining public perception of people in or with power and especially those who abuse their position and how our experiences shape who we are.”

The result was to produce a book which was not the book she intended to write. As Vanessa says, “it took its own path. It’s a character driven book. I certainly hadn’t planned to write a historical novel but people have described it as such. I prefer to think of it as a ‘psychological thriller”.

I asked what she thought made a successful writer and she says “I think the key is writing a story that is both consistent and believable. So for me, a large part of the work involved in producing the final book was fleshing it out to ensure absolute accuracy. So I’d say that research, research and more research is as important as the writing. Of course, serendipity also plays a part along the way.” 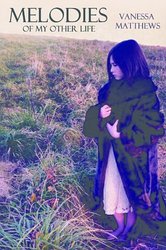 “I don’t actually read much fiction, despite regular trips to the Mobile Library, but when I do I am drawn to dark stories, especially those featuring transformative female friendships and those with mental health themes, dysfunctional characters and stories which demonstrate how experiences are the catalyst for what is to come. Above all, I need to feel connected to the characters I read about.”

“I was inspired by ‘White Oleander’ by Janet Fitch, a novel about mothers and daughters, relationships, selfishness, cruelty, the search for love and identity and above all a determination to survive. I saw the film before reading the book and I loved it for its dark, gritty, poetic heart. I’m also a fan of Shirley Jackson, a 20th century author who writes about the supernatural.”

A children’s story is bubbling under and there are two more books in the planning stage, both with a historical setting. “One is set in the 1880s and focuses on two sisters, and an all-female street gang. I’m curious about issues surrounding gender in that particular era, that and the dynamic surrounding the relationship between the sisters, in particular issues of nature versus nurture.”

“I’ve also developed an interest in exploring the real life of a female doctor who masqueraded as a man for over 40 years in the mid-1800s when women were not permitted to practice medicine other than in a very limited way.”

“Both stories are vaguely mapped out. Meanwhile, in addition to working on my novels, I regularly update my blog with poetry, fiction, features and interviews. I’d also love to work with Book Clubs, debating themes for books and other issues.”

And finally….I started by mentioning we were linked by having attended the same school; it’s not the only link we share; we both love @mysadcat’s twitter page!

Vanessa offers one-day writing workshops, short courses and residential writing retreats in and around the Roseland, including a 5-day retreat at The Vean on the Caerhays Estate. For details log on to www.writingretreatscornwall.co.uk

Mark Crees will be interviewing her on chbn radio on 100.8FM  on 12th November. You can also listen to it live at  http://www.chbnradio.org/