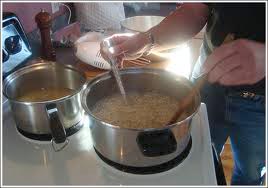 So it looks like there is still plenty of rain left in the heavens to descend upon us – I suppose from the melting ice-caps and glaciers. But I won’t dwell on the apocalypse that the world’s governments are moving towards due to their inertia, because it won’t happen. This is because by the time you read this the end of the world will have occurred, as according to the Mayan philosophy this was scheduled for the 21st December. The good news (he said, in disbelief of this prophecy!) is that the number of daylight hours is going to grow from this point forwards, and the bees will be starting their new season of activity.

This, despite the fact that at present they are confined to their hives because of the rain yet able to devour their stores because of the mild weather allows them to break out from their winter cluster. This has two knock-on effects. Firstly, they might run out of stores before the winter is over and before there are plants available in the vicinity capable of secreting nectar. Secondly, the queen will doubtless start laying more eggs, so the colony will start to expand earlier than otherwise might be the case. If we have a mild winter, this will result in larger colonies early on in the season which are then more likely to want to swarm. On the other hand, if the cold weather returns, then it will mean more young bees in the colony at a time when the older (winter) bees are diminishing in number, so the colony is better able to maintain its critical mass. 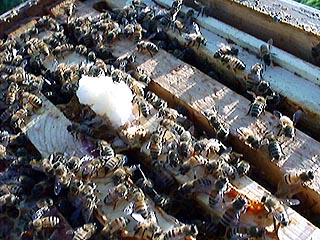 But back to the present. You may remember that last time I said that I still had to remove some of my supers, which hopefully would contain ivy honey. Well, I did this about two weeks ago and though about half of them were empty, the others had at least some ivy honey in the combs. What was noticeable, though, going back to my earlier comments about stores, was that at least two of the colonies were clustered around and eating the ivy honey in the supers and were not down in the brood box where they should have been. This could have meant either (or both) of two things. Firstly, the bees were short of food down in the brood box, having eaten all their stores or not collected enough ivy nectar in the first place. Or secondly, they might have inadvertently left the queen below the queen excluder in their haste to get to the food up above, and she would then die through the effects of cold, having no bees to cluster round her to keep her warm. 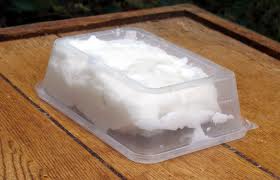 This is strange behaviour when you think that the colony will perish without their queen, but it happens. That is why, if a beekeeper plans to leave a super of honey on top of the brood box as the winter stores for the bees, it is important to remove the queen excluder before the bees start accessing those stores. The queen will then come upstairs with the bulk of the bees. In my case, I shook the bees down into the brood box and trusted to luck that they had either not been in the super very long or that enough bees were still below to warm the queen – time will tell. A lesson for me to note, therefore – remove the ivy honey supers earlier next year! Because some bees were already eating the honey in the super, I made the assumption that there was little food left in the brood box, so I fed them a candy mix of sugar and water that I made up later that day. This was fed to all hives, so that the likelihood of robbing for stores from their neighbours was minimised. 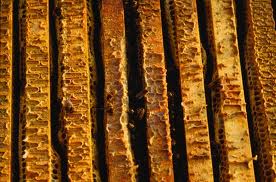 The following week, I treated each hive to two grease patties containing oil of wintergreen. These patties are made from cooking fat, sugar and oil of wintergreen, the idea being that the bees will try to remove the “foreign objects” from the hive, and in crawling over the patties will pick up grease and the natural oil and transfer it around the hive. The oil is toxic to Varroa and the grease clogs their paws, so they not only can no longer grip the bodies of the bees but are also knocked out by the fumes. This is an innocuous way of controlling Varroa during the winter months which also provides the bees with some additional food.

Apart from that, there is nothing more I can do, other than keep the candy replenished as the bees use it up. It’s been an horrendous year for the bees. Let’s hope they have a better 2013 – and I wish the same to all of you on the Roseland. As the saying goes, things can only get better!
Merry Christmas and a Happy New Year to you all.