Well, it looks like the main beekeeping season is over, judging by the weather today – wet, windy, cold. Quite a contrast with what we’ve become used to, as it’s been a lovely summer in the main, admittedly with some rainy days, but that is ideal for beekeeping, as it means the flowers can yield nectar so the bees can produce honey.

Talking of which, you may recall last month that when I tried to retrieve the honey from one of my hives they absolutely hammered me – I was covered from head to toe in bees, stinging through my bee-suit and really trying to make it quite clear they were not having any of that! Well, I went back two weeks later and even before I had removed the crown-board the bees started to repeat what happened on the previous occasion, so I quickly retreated and left them alone. Two weeks ago, I went back again (glutton for punishment, me!!) and the bees were like pussy-cats! Not a single bee flying off the comb to try or sting me, just the normal “inquisitiveness” with the bees flying around me wondering what was going on. 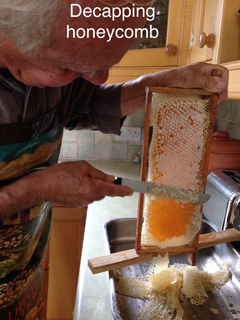 When I thought about it, it was obvious why what I’ve told you before is the case, viz that, once the flow is over we should leave the bees to get used to their new-found idleness before trying to remove their honey. The bees who had gathered the honey were the older bees, the foragers. They live for about three weeks, having spent the previous three weeks developing as young “house bees”.

By waiting for three weeks after the flow is over, those older, forager bees who brought in the nectar will have died off naturally, and their replacements will have no memory of the flow that had been going on, so have not got used to being incessantly busy. As a consequence – perhaps – they do not react in the same way their predecessors did, as their idleness due to there being no flow is “normal” for them at that time. Who knows? Anyway, I retrieved the honey, and also retrieved the honey from two other colonies – one of which was being ravaged by wasps, so I was able to get to the honey before the wasps on this occasion. 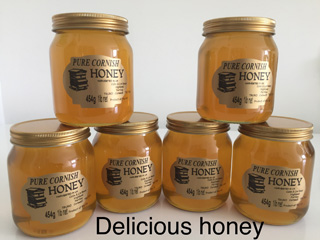 Talking of wasps, they have been bad again this year and not just for me. So far they have managed to destroy three colonies and are currently giving a fourth a really hard time. Wasps tend to go for the easy conquest – hives that are weak through being nuclei or being queen-less. In my case, the colonies I’ve lost have been queen-less, where the queen from a split has either not mated successfully or not returned from her mating flight, or where the queen has died through old age or for some other reason. 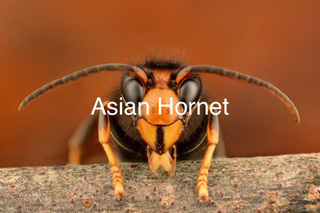 Whatever it is, it is really upsetting to see a colony overcome by wasps but, looking on the positive side, the strong colonies are holding their own against them – though virtually all colonies have some wasps in amongst their number. The problem is, once a wasp enters a colony having got past the guard bees at the entrance, it will acquire the hive scent after a while and is then unrecognisable to the bees as an interloper. The secret to keeping the wasps out of the hives is to ensure all colonies are queen-right and strong, and ensure all entrances are reduced to a single bee-space (about 1/4”) so that the bees effectively have to line up to enter the hive – as do the wasps, so they don’t actually get a look-in.

On the subject of wasps, the week from 9th September to 15th September has been designated “Asian Hornet Awareness Week”, during which beekeepers are encouraged to spread the word that the Asian Hornet is trying to make incursions into the UK – it has been found in Hampshire during July this year, so it can only be a matter of time before it gets to us. It is imperative we (members of the public as well as beekeepers) keep our eyes open for signs of this “exotic pest”. 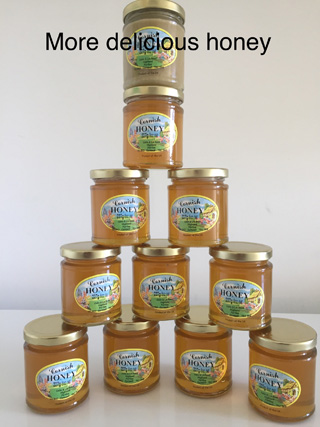 We are asking everyone to be vigilant in looking out for this alien species, the Asian Hornet Vespa Velutina. This hornet could decimate our pollinators, including our honey bees (as it already has started doing in Europe), so it is important to have everyone actively looking for it. Now is the time for trapping these hornets and spending a little more time watching to see if hornets are hawking in front of bee-hives. Asian Hornets are rather like large, black wasps with a single yellow band on the abdomen, orange face and yellow-tipped legs If you see it, report it to the Non-Native Species Secretariat at http://www.nonnativespecies.org

I am now waiting for the ivy to start flowering and yielding nectar so that the bees can start building up their winter stores. Since the main flow has stopped it has been important to check that all colonies have sufficient stores available to them to see them through this second crucial part of the year. We can do this by “hefting” our hives, ie lifting first one side and then the other side of each hive to see if it is heavy or light (bearing in mind that the boxes themselves are going to weigh quite a bit). 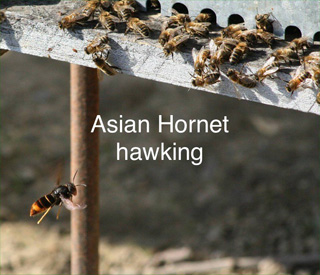 However, with practice it is a good way of telling whether there are sufficient, or indeed any, stores in the hive. If any hive feels light, or it seems you could easily tip it over whilst hefting, then it is necessary to feed the bees to keep them going until the ivy is ready. This causes additional problems, of course, in that the wasps will see this as an easy treat and start robbing the stronger colonies! Not an easy one, but narrow entrances are generally sufficient to resolve this dilemma.

Having just had two lots of family visitors one after the other over the past two weeks, the first with two young children (great-nephew and great-niece), the second with three grand-children, I am feeling in need of a rest!! With problems (or should I say “opportunities” such as I have just described), I don’t think I’ll be getting one!