What an April this has been! We did the “Grand Tour” of the grandchildren after Easter, travelling up to North Wales first, then back down to South Wales, and generally speaking we had lovely, sunny, albeit showery, weather. Meanwhile, back here, apparently, you had almost incessant rain with accompanying cold weather.

When I heard this whilst we were away, I started worrying! Will the bees have enough food to see them through the wet/cold period? They had plenty when I examined them the week prior to our departure but they get through an awful lot of food at this time of year, feeding all the young larvae in the rapidly expanding brood nest. There was nothing I could do at that distance, so just hoped for the best, but immediately we returned home I went down to my field apiary and checked – all was well – though when I checked inside one of the hives the stores situation was pretty dire. 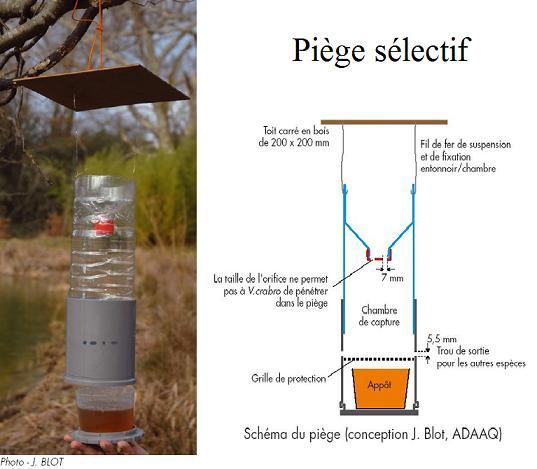 I have therefore ended up feeding all my colonies again, something very rarely heard of once Spring has sprung. But dead bees don’t make much honey, so feed it was. The problem is that with this wet, miserable weather keeping the bees indoors and keeping beekeepers from examining the colonies, the queen is laying for all she’s worth, the amount of brood is expanding rapidly, the numbers of hatching bees are increasing to the point where there might not be enough room for the colony (in their eyes!) – and they will want to swarm! So the minute the fine, warm weather returns be prepared to see a lot of swarms flying out looking for new homes.

If the bees don’t starve through beekeeper oversight then they are likely to disappear in a swarm through beekeepers not being able to examine their colonies due to the bad weather – a case of “heads” we lose, “tails” we lose, if we don’t keep our wits about us! This starvation threat is emphasised by the fact that this morning I received an email from the National Bee Unit (NBU) warning beekeepers of this very real danger across the whole of the UK. 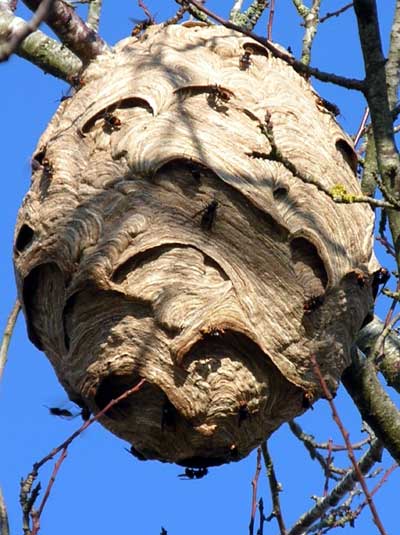 However, not only do we have freaky weather conditions, potential starvation of colonies and swarming to worry about, when I opened my post on return from Wales, I found a letter from the NBU warning me about the potential arrival of the Asian hornet in the UK. I knew about this “exotic pest”, as we call such insects, but up until now had only had thoughts of a wasp trap to deal with any incursion. The NBU has asked for owners of Sentinel Apiaries (of which I am one) to set up special traps for these insects in an attempt to identify their arrival as early as possible, so that we can take prompt action to try and reduce its impact.

The Asian hornet has recently extended its geographical range from Asia to mainland Europe following an accidental introduction to France and is already in Spain and Belgium. The rate of spread across France is ~100km/year, so is expected over here in the UK any time soon, either by having flown across the Channel (with a favourable backing wind) or on soil/plant or other imports. The threat posed by the Asian hornet is its predation on other insects, especially honeybees. It will hover in front of the hive and capture emerging bees, taking their corpses back to their nest of young hornets for feeding, thereby reducing the numbers of honeybees in the colony to the point where it can safely enter the hive and feed off the honey and larvae therein. So trapping the early season queens is a good way of reducing their numbers and can reduce the numbers of colonies established by up to 90{c8c3b3d140ed11cb7662417ff7b2dc686ffa9c2daf0848ac14f76e68f36d0c20}. 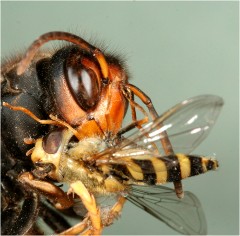 Asian hornets are easily confused with our own European hornet, though the former is smaller, has characteristically yellow legs, a dark, velvety thorax (middle part of the body) and a dark abdomen (main part of the body) with a distinctive yellow band on its fourth segment. It also has a reddish/orange head. European hornets are mainly yellow with a brownish thorax and dark legs. Like the European hornet, the Asian hornet makes very large nests, generally in tall trees as opposed to lower bushes, but will also use garages/sheds/etc as nesting sites.

So something else for us beekeepers to keep an eye open for. Personally, I am awaiting the warm spell supposedly starting in Mid-May and continuing through June, though I’ll believe it when I see it! Once the weather improves, I will start my queen rearing programme for the year. To this end I have just acquired some specialist equipment designed precisely for that, so I am keen to see how it compares with the approach I have previously adopted. We have so many new beekeepers now that the supply of colonies and queens is greatly stretched, so if I can provide some local bees to these “newbies” it will not only help them but also help the spread of the local Cornish “moggie”.

In the meantime, keep your eyes skinned for swarms and for the Asian hornet. If you see the former, please contact me and I will arrange for the swarm to be collected. If you see the latter, try to capture it (if this can be done with little personal risk) for later positive identification and then let me know, so that I can get the NBU involved.