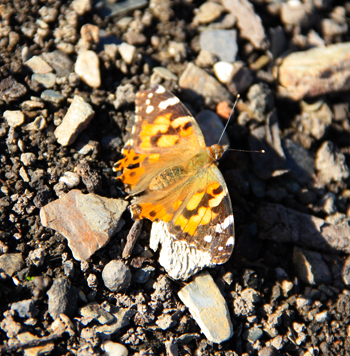 Last month I talked about migration of animals and how, even at the smallest scale and species, animals are driven to move onward to new places of settlement in search of resources to sustain them. Several species have been widely studied over decades, while others have remained mysterious travellers until relatively recently, using novel monitoring techniques and the power of the internet to galvanise public enthusiasm.

One of the migratory butterfly species making a fairly late appearance here in the Roseland has been the Painted Lady (Vanessa Cardui), hot on the wingtips of its close relative, the Red Admiral (Vanessa Atalanta). Although Painted Lady is said to be a common migrant, anecdotal evidence suggests it may be less common in south central Cornwall than the Red Admiral or some other species. Nonetheless, it has a fascinating life cycle and we know much more about it thanks to recent public participation in recording sightings for Butterfly Conservation.

Painted Ladies that come to Britain begin their journey in the southern European summer. Gathering in groups of varying size, these individuals are the offspring of parents that had migrated from North Africa, Central Asia and the Middle East, following seasonal resources. Once the butterflies reach Britain they continue to forage for resources and find mates to reproduce. Continued survival of the species depends on new butterfly generations staging the return journey to the place from where their ancestors originated. From our Southern coasts you may be able to see Painted Lady butterflies begin their return journey, heading away from land and nectar sources and towards Europe. Recent study has revealed that migrating Painted Ladies maintain an average altitude of 500 metres or more whilst travelling, sometimes up to 50km per hour when the wind favours them. 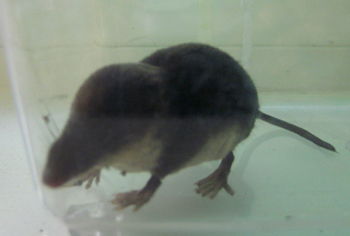 With no older, experienced adults to guide them, new generations of Painted Lady adults successfully complete the return passage. Their guidance is provided through their genetically inherited behaviour, which provides innate ability to survive by exploiting a range of natural resources across the varying habitats visited by them. The Painted Lady is thus not yet a species of conservation concern. 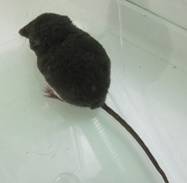 I came across another little migrant this month, not just on my own doorstep but actually in the conservatory and was busily trying to find its way out again. It was a juvenile water shrew. Catching it was challenging, as it was continually running about and was not inclined to enter a cardboard tube placed in front of it. This may have been because water shrews are thought possibly to use echolocation to distinguish their surroundings and locate prey; a blocked cardboard tube probably sounds like the trap it is designed to be. This particular individual was certainly very vocal and aggressive but was eventually caught and placed in a small animal carrier for release outside. This is only the second water shrew that I have seen in this area but there must be more and the Wildlife Trust ERCCIS database needs all sightings of such small mammals registered. 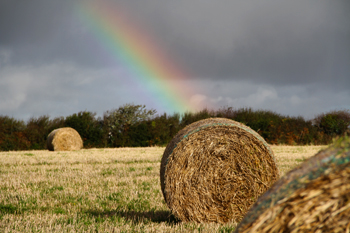 Work that I have been undertaking for the RSPB recently has included taking an inventory of farm habitat suitable for supporting our Cirl bunting population. This has required checking almost all of the land from St Anthony Head north to Lower Penhallow and across to Commerrans and Messack and the western side of the Roseland Peninsula. Once again I have had the wonderful privilege of walking land that the general public do not normally have access to, getting an overview of how our different farmers manage their land. Unfortunately for Cirl buntings the outlook is not so good this year, especially following the very wet summer. Much of the cropping areas have either been ploughed and re-sown with overwintering cereals, or have had weed killer applied to remaining stubbles, which significantly reduces resources for cirls and other farmland birds. With this in mind, I would encourage all readers to provide as wide a range as possible of bird foodstuffs in their own gardens and use a variety of feeding stations. With Cirls particularly in mind I have built a caged platform feeder (see pic), which can accommodate a variety of foods for small, ground-feeding passerines. Cirls generally prefer small grass seeds and will go for millet and canary seed if provided; the finches and titmice are more attracted to larger seeds such as sunflower and cereal grains. Dried mealworms are also taken by different species including Cirls and are now easily obtained from petstores and similar suppliers. 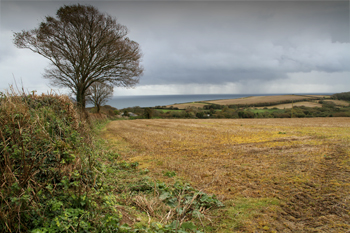 There are many more travellers coming to our shores to spend the winter here. Already redwings have been sighted, so keep an eye out for these and other migrating thrush species mentioned in last month’s Notes. On the water you are likely to see new arrivals: Black necked diver and Slavonian grebe have so far been spotted out in Gerrans Bay. Some of the best places to spot winter waders are situated up the Fal estuary when the tide is on the way in; birds feeding on the mudflats become concentrated together for a good show before the advancing water forces them to retreat to land and rest up.