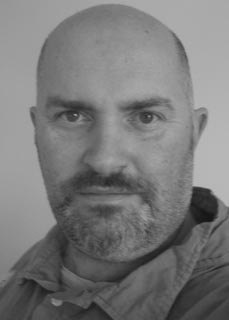 I reviewed this book for Roseland online back in 2009 and I was keen to find out what’s happened since and what Paul is working on now.

“My book was really about my experiences after a crash eight years ago. I was driving a train and power cables smashed through my cab window and exploded. It was an incredibly traumatic time and the book focuses on the years after the crash.”

As those of you who read the book will know, what followed led to a long period of serious depression and post-traumatic stress, which his employers, friends, family and even “experts” seemed unable to help with. The book is made up of various strands, covering Paul’s early reactions and anger, the period during which he felt he had hit rock bottom, both mentally and physically, and then finally the long road out of the abyss. He describes it as a “roller coaster ride, one that I have no wish to ride again”.

Paul said that he wrote the book for anyone with an interest in depression, but hopes there are parts of his story that would be of wider interest. For example, like many people, he had a career with good pay and security and yet, as a result of one incident that was not even his fault, he lost it all, indeed he was lucky to escape with his life. Fortunately, with time and the support of his amazing wife (his words) he is once again starting to appreciate the positive things in his life.

On reaction to his book he says, “those who know me found it hard to read as they obviously didn’t realise how much my wife and I went through. Others said it was inspirational as I fought so hard to get through it and that encouraged me to write more.”

Paul wrote “A Man Derailed” off the back of a blog. “I had so much anger and bitterness stored up and I needed an outlet to express it. Admitting to the world you are mentally ill is very difficult, you feel ashamed. It was hard for me to put my deepest feelings out there for all to read, but I had some positive comments and that helped.” He talked to others who suffered in a similar way and refers to soldiers with PTSD and depression. “They aren’t failures or cowards”. Feedback demonstrated that there were many who wanted to talk but because of discrimination, or the fear of it, felt it was impossible. “So I decided to do my bit”.

“A publisher specialising in mental health issues accepted my first three chapters. Then I had to convert my blog to an easier to read format; six months later I had my first published book in my hand. It was an amazing feeling, it was also scary! Now anyone could read my story.”

“Since then, I have written articles on vegan baking and mental health issues and in May last year I was featured in Prima Magazine in an article about beating depression. I have my own blog on http://www.mentalhealthy.co.uk/blogs/paul-holmes. It’s an amazing website where mental health issues are treated in an open and constructive way. The Editor and her team have put together an incredible online ‘glossy magazine’ with contributions from a variety of professionals and sufferers, all aimed at helping people see life in a more positive light.” 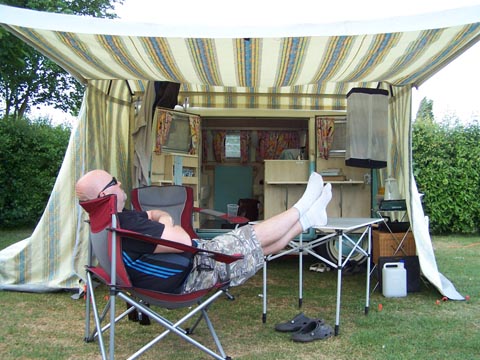 I asked Paul if he had any advice for others suffering from depression. “Always ask for help, you may be surprised by the reaction of friends and family. Don’t let yourself become isolated. The symptoms of depression make you want to roll into a ball and disappear, but if you can motivate yourself (easier said than done) you can improve your mood. I believe exercise and diet are key. Eating healthy meals (hence my interest in cooking) and walking can really improve your state of mind. Also, write a journal, you will be able to see trigger points when things are good or bad.”

“For carers, friends and family – just talk to the sufferer normally, don’t belittle their feelings. Inside, the feeling is real, however minor it seems to others. Encourage and coax activities, sometimes the thought of something is a lot worse than actually doing it. Never give up on them and never, ever tell them to pull themselves together.”

So, what next for Paul? “As well as writing my blog, I am writing a follow up book called ‘How Not To Be Me’, due out in late 2012. I have also started a couple of fiction books.” It sounds quite a challenge, but as he explains “I have to write two or three pieces at once as my focus is still not great, so I jump from one project to another. There is still a bit of Black Dog left in me.”

“Cornwall played a huge part in my recovery and for that I’m grateful. My wife and I have toured around in a campervan several times and the feeling of escape is wonderful. Once I am off the A30, I can completely unwind and relax. I have been fortunate to be able to sail out of St Mawes over to Falmouth, it was my first time and I found it exhilarating. Obviously once I have sold my million pound best seller I feel a move coming on…meanwhile, “A Man Derailed” is still available in paperback or for download via Amazon.”